Summery of The Anglo Saxon Period

→ The Anglo Saxon Period is called The Old English Period.
→ The Saxons were a Germanic tribe
→ English is a West Germanic Language.
→ Literature was oral in this period

→ In the 5th century the Jute, Angles and Saxons came to England from Germany and defeated the English tribes. From that time began the Anglo-Saxon era.
→ The first epic of this period is ‘Beowulf’ (poem)
→ Venerable Bade’ was the 1st historian in English literature
→ Venerable Bade was the ‘Father of English learning’.
→ King Alfred the great is sometimes regarded as ‘The founder of English prose’.

→ Alfred the Great was a pioneer in education and literature from 871 to 901 and was instrumental in preserving the Anglo Saxon Chronicle.

Some writers and their works in The Anglo Saxon Period

→ Caedmon and Cynewulf are two poets of the Anglo Saxon era.
→ Anglo Saxon poetry was influenced by Christianity.
→ Anglo Saxon people were mainly warriors, hunters and travelers.
→ Beowulf was one of the first long poems in English. It was written anonymously.
→ Beowulf consists of 3200 lines of two parts in the style of an epic.
→ In Beowulf The first part deals with hero’s fight with Grendel and the second part deals with hero’s fight with Dragon.
→ Beowulf is called The Earliest Epic in England.
→ Beowulf was written around 650. (The first and most successful epic in Bengali literature is Michael Madhusudan’s ‘Meghnad Badh-181’).
→ Beowulf is a Herioc Epic. There were 3162 lines. The protagonist of the epic is named Beowulf.
→ Other Poems in this era: The Wanderer, The Seafarer, The Husband’s Message, The Wife’s Lament, Traveler 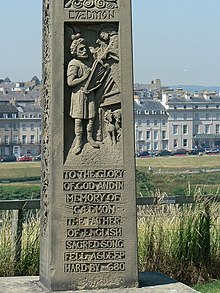 → Caedmon is a seventh-century poet.
→ Cadman was born in 638 and died in 635.
→ Cadman was a shepherd and lived in a place called Whitby.
→ Cadman did not even know how to read and write.
→ Cadman was called Earliest Poet / first known poet in English Literature.
→ Cadman is also called the Father of English Sacred Song.
→ Cadman wrote in the Anglo-Saxon language.
→ Cadman is called Milton of the Anglo Saxon era.

Cynewulf (770-840):
→ Juliana is one of his famous poems.
→ He is considered ‘the Author of Christ’.
→ His notable literary works: i. Christ ii. Juliana iii. Elene iv. The Fates of the Apostles. (The destiny of the disciples of Jesus Christ).

Prose or History-based Writing:
→ Prose or history-based works of this period can be said to be quite rich
→ Notable prose writers: Adam Bede, Alfric, Wulfstan, and King Alfred, The Great. 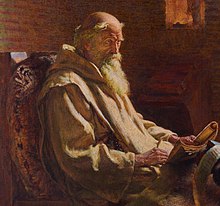 → Another Name: Saint Bede, The Venerable Bede, and Bede the Venerable
→ He is called “The Father of English Learning” and

→ he is also known as “First historian in English Language.”

→ He has written ‘The Ecclesiastical History of the English’

→ He received the title “Doctor of the Church”.

→ Wulfstan At the beginning of the eleventh century he was the Arch-Bishop of York. In the church he gave many sermons or sermons. These are excellent specimens of English prose of the time. 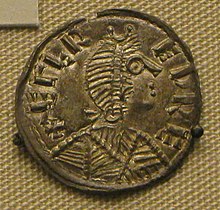 → King Alfred, The Great was a great prose-writer.
→ He reigned over England from 871 to 901.
→ He rearranged education and supervised the compilation of The Anglo-Saxon Chronicle. This book by Emperor Alfred is the first in history and also the first in prose.
→ He authored another book, The Consolation of Philosophy.
→ He was sometimes regarded as the “Founder of English Prose”.
→ He was the king of Wassex.

*** Most of the part of this topic collected from here

You can read more –