William Shakespeare was the greatest English playwright, poet, and actor and the world’s greatest dramatist. He was born and raised in Stratford-upon-Avon, Warwickshire. At the age of 18, he married Anne Hathaway, with whom he had three children: Susanna and twins Hamnet and Judith.

Sometime between 1585 and 1592, he began a successful career in London as an actor, writer, and part-owner of a playing company called the Lord Chamberlain’s Men, later known as the King’s Men. At age 49 (around 1613), he appears to have retired to Stratford, where he died three years later. 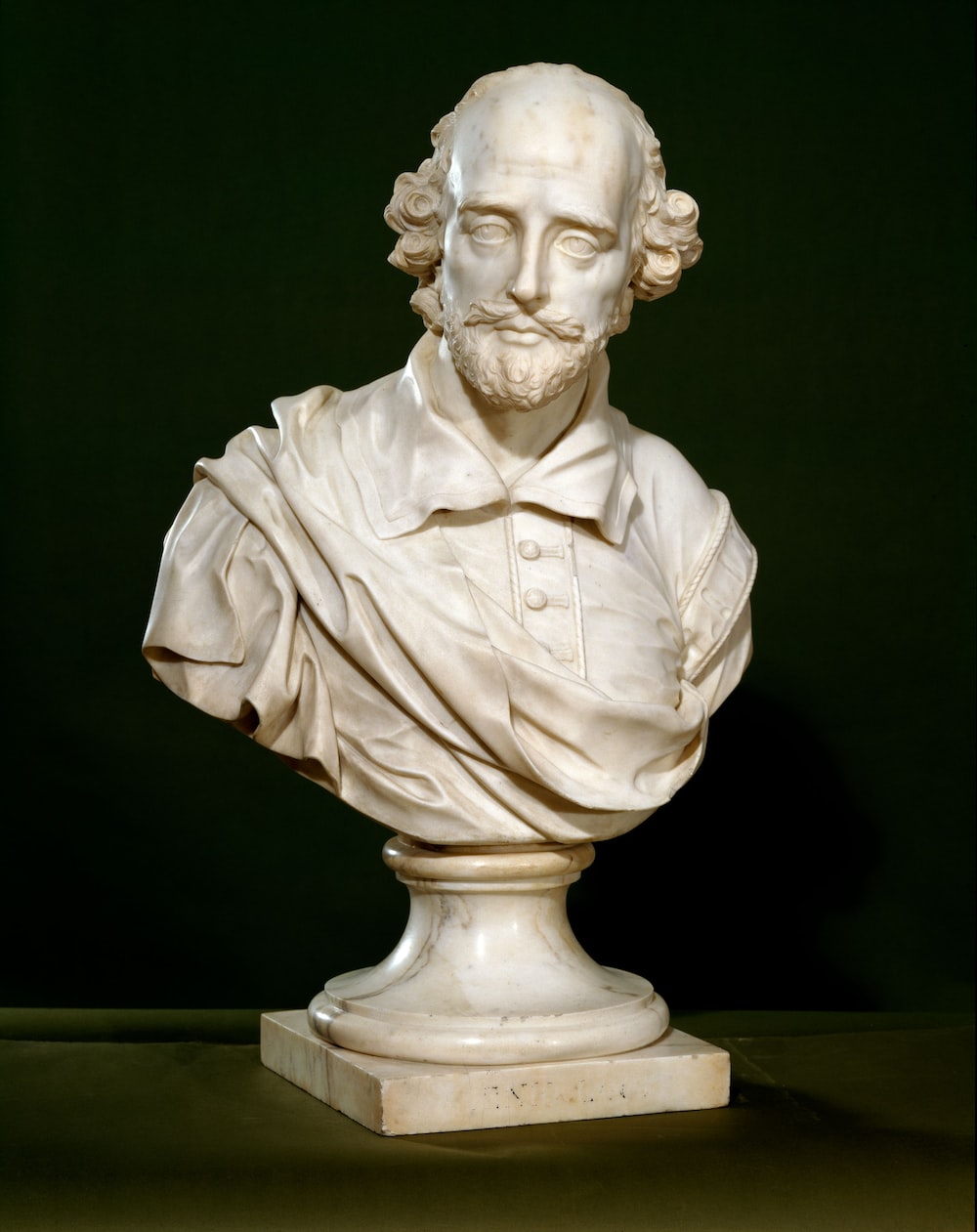 Few records of Shakespeare’s private life survive; this has stimulated considerable speculation about such matters as his physical appearance, his sexuality, his religious beliefs, and whether the works attributed to him were written by others.

His plays were published in editions of varying quality and accuracy in his lifetime.

In 1623, two fellow actors and friends of Shakespeare’s, John Heminges and Henry Condell, published a more definitive text known as the First Folio, a posthumous collected edition of Shakespeare’s dramatic works that included all but two of his plays.

Its Preface was a prescient poem by Ben Jonson that hailed Shakespeare with the now-famous epithet: “not of an age, but for all time”

Plays were written by William Shakespeare:

Famous Actors of the Time of William Shakespeare
From 1594, only an acting troupe is known as Lord Chamberlain’s Men later renamed King’s Men, performed Shakespeare’s plays. These men were some of the most famous stage actors at the time – and without their performance, Shakespeare’s plays may never have found their place in history. They include:

Richard Burbage (1567-1619), known as a method actor, played the lead roles in many of Shakespeare’s plays, including Hamlet, Othello, Richard III, and King Lear, as well as those written by Ben Jonson. He owned 25% of the Globe Theater after having helped tear down the old one and rebuild it.

William Kempe (1560-1603) was an actor, dancer, and singer but was best known for his comedy work in Shakespeare’s plays including the roles of Dogberry in Much Ado About Nothing, Falstaff in Henry IV, Peter in Romeo and Juliet, and Costard in Love’s Labour’s Lost.

Henry Condell (1568-1627) was one of the 26 actors known to have been in the troupe. He co-owned the Globe Theater with John Heminges and helped edit and publish Shakespeare’s First Folio without the permission of Shakespeare himself.

John Heminges (1556-1630) was also one of the actors in the troupe. With Condell, he co-owned the Globe Theater and helped him edit and publish Shakespeare’s First Folio.

“To be, or not to be: that is the question:
Whether ’tis nobler in the mind to suffer
The slings and arrows of outrageous fortune,
Or to take arms against a sea of troubles,
And by opposing end them. To die: to sleep…”
-Hamlet, Act III, Scene I

“This above all: to thine own self be true,
And it must follow, as the night the day,
Thou canst not then be false to any man.”
-Hamlet, Act I, Scene III

“Cowards die many times before their deaths; The valiant never taste of death but once.”
-Julius Caesar, Act II, Scene II

“Men at some time are masters of their fates:
The fault, dear Brutus, is not in our stars,
But in ourselves, that we are underlings.”
-Julius Caesar, Act I, Scene II

“What’s in a name? That which we call a rose
By any other word would smell as sweet…”
-Romeo and Juliet, Act II, Scene II

“Good night, good night! Parting is such sweet sorrow,
That I shall say good night till it be morrow.”
-Romeo and Juliet, Act II, Scene II

All the world’s a stage,
And all the men and women merely players:
They have their exits and their entrances;
And one man in his time plays many parts.”
-As You Like It, Act II, Scene VII

“The robbed that smiles, steals something from the thief.”
-Othello, Act I, Scene III

“All that glitters is not gold.”
-The Merchant of Venice, Act II, Scene VII

‘Now is the winter of our discontent’
(Richard III, Act 1, Scene 1)

‘Friends, Romans, countrymen, lend me your ears: I come to bury Caesar, not to praise him.’
(Julius Caesar, Act 3, Scene 2)

‘There are more things in heaven and earth, Horatio, than are dreamt of in your philosophy.’
(Hamlet, Act 1, Scene 5)

‘Love looks not with the eyes, but with the mind; and therefore is winged Cupid painted blind.’
(A Midsummer Night’s Dream, Act 1, Scene 1)

‘Shall I compare thee to a summer’s day? Thou art more lovely and more temperate.’
(Sonnet 18)

‘This royal throne of kings, this sceptred isle… This blessed plot, this earth, this realm, this England.’
(Richard II, Act 2, Scene 1)

Some are born great, some achieve greatness, and some have greatness thrust upon them.’
(Twelfth Night, Act 2, Scene 5)

‘Cowards die many times before their deaths; the valiant never taste of death but once.’
(Julius Caesar, Act 2, Scene 2)

“Full fathom five thy father lies, of his bones are coral made. Those are pearls that were his eyes. Nothing of him that doth fade, but doth suffer a sea-change into something rich and strange.’
(The Tempest, Act 1, Scene 2)

‘How sharper than a serpent’s tooth it is to have a thankless child!’
(King Lear, Act 1, Scene 4)

‘We are such stuff as dreams are made on, and our little life is rounded with a sleep.’
(The Tempest, Act 4, Scene 1)

‘Life’s but a walking shadow, a poor player, that struts and frets his hour upon the stage, and then is heard no more; it is a tale told by an idiot, full of sound and fury, signifying nothing.’
(Macbeth, Act 5, Scene 5)

‘To thine own self be true, and it must follow, as the night the day, thou canst not then be false to any man.’
(Hamlet, Act 1, Scene 3)

‘There is nothing either good or bad, but thinking makes it so.’
(Hamlet, Act 2, Scene 2)

‘Lord, what fools these mortals be!’
(A Midsummer Night’s Dream, Act 1, Scene 1)

‘The fault, dear Brutus, lies not within the stars, but in ourselves, that we are underlings.’
(Julius Caesar, Act 1, Scene 2)

‘Let me not to the marriage of true minds admit impediments.’
(Sonnet 116)

‘The evil that men do lives after them; The good is oft interrèd with their bones.’
(Julius Caesar, Act 3, Scene 2)

‘Neither a borrower nor a lender be; for loan oft loses both itself and friend, and borrowing dulls the edge of husbandry.’
(Hamlet, Act 1, Scene 3)

‘Some Cupid kills with arrows, some with traps.’
(Much Ado About Nothing, Act 3, Scene 1)

‘I cannot tell what the dickens his name is.’
(The Merry Wives of Windsor, Act 3, Scene 2)

Read the list of Poems of W. Shakespeare from here

“He was not of an age, but for all time!” exclaimed Ben Jonson in his poem “To the Memory of My Beloved, the Author Mr. William Shakespeare,” one of several dedicatory poems prefacing the great 1623 Folio of Comedies, Histories & Tragedies, the first collected volume of Shakespeare’s works. Time has thus far supported this bold declaration: no writer before or since has equaled Shakespeare in influence, reverential acclaim, or enduring commercial and popular success.

REFERENCE of this article:

You May Also Read – Ages of English Literature – BCS, NTRCA and other BD govt job Preparation – 2021